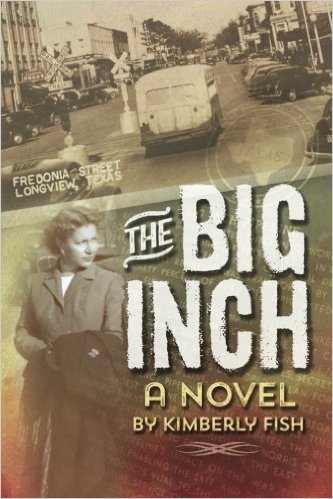 Kimberly Fish’s debut novel, The Big Inch, was released in February, 2017 and it reveals the lengths to which Texas oilmen, state, and federal governments would go to get Texas crude oil to the troops fighting their first mechanized war. With Nazi threats (and a steady stream of oil tankers sunk by German submarines) speed was necessary, as was OSS intelligence. The Office of Strategic Services was often staffed with female spies and Longview’s World War II efforts were critical for success.

Lane Mercer, sent to Longview, Texas in July 1942, is part of a select group of women working undercover for the fledgling federal agency, the Office of Strategic Services. Assigned to protect the man carrying out President Roosevelt’s initiative to build the nation’s first overland pipeline to hurry East Texas crude to the troops, she discovers there’s more to Longview than the dossiers implied. There’s intrigue, mayhem, and danger. Shamed from a botched OSS mission in France, Lane struggles to fulfill her mission and keep from drowning in guilt. Getting involved in local life is out of the question. Between family, do-gooders, and Nazi threats, she’s knitted into a series of events that unravel all of her carefully constructed, plans, realizing that sometimes the life one has to save, is one’s own.

PRAISE FOR THE BIG INCH:

“With an eye for detail, Kimberly Fish weaves a compelling story of a war widow who finds herself in Longview, Texas in 1942. Reading Kimberly’s novel was a bit like going back to a cloak and dagger time, and I enjoyed the local references. Longview was an amazing place to be during WWII.”   — Van Craddock, Longview News Journal, Columnist

“Kimberly Fish’s unique writing style snatched me out of my easy chair and plunked me down into the middle of her character’s life where I was loathe to leave when my real life called me back. Her descriptive visual writing drew me in on the first page. Can’t wait to read more stories by Mrs. Fish.” — Vickie Phelps  Author of Moved, Left No Address

The Big Inch was a pipeline meant to carry East Texas crude to the east coast to fuel the WWII war machine. Behind the logistics of pulling it all together is one Lane Mercer. She is the “secretary” for the oilman behind the project and a key component to getting the project going and finished.

What Lane finds in East Texas is a lot more than phone calls, dictations, and typewriters.

The Big Inch is a story about finding grace, forgiveness, and healing–especially from and for one’s self. Lane is fighting to find her footing, and her journey is not an easy one.

I enjoyed reading The Big Inch. I especially enjoyed the cast of characters, the little threads of other stories that were interwoven, and the somewhat-unexpected turns. In fact, I think one of my favorite things is those little threads of other stories, because no one story really exists on its own. There are always other players, other motivations, other stories than the main one, and I think Fish does a good job of making an intersection of these players.

One of the things I enjoy about reading historical fiction is realizing how old or new a technology really is. There were a couple of phrases and maybe a product or two that felt a little anachronistic, but for the most part the setting of the time was really solid.

Typically I can really connect to a protagonist dealing with grief and guilt, but sometimes I felt like I wasn’t really connected with Lane.

Overall I thought this was an enjoyable read, and would be enjoyed by those who enjoy historical fiction that highlights war efforts that aren’t on the front line and readers who like to see a character come to realizations about themselves. 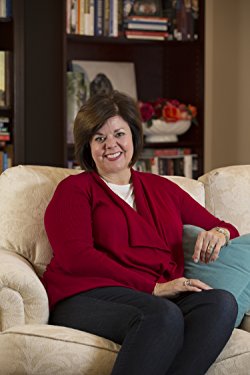 Kimberly Fish started writing professionally with the birth of her second child and the purchase of a home computer. Having found this dubious outlet, she then entered and won a Texas manuscript contest which fed her on-going fascination with story crafting. She has since published in magazines, newspapers, and online formats, She lives with her family in East Texas.

One Winner wins a signed copy of The Big Inch